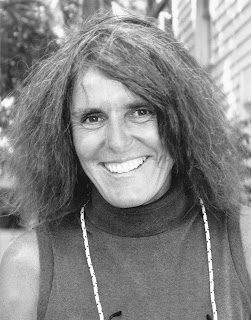 The University of Wyoming MFA Program’s Visiting Writers Series is pleased to announce a visit by critically acclaimed novelist, essayist and short story writer Joy Williams. Williams will read from her work at 5:10 PM on Monday, October 1st in the UW Classroom Building, Room 214. After the reading, she will answer questions from the audience and sign books. The event is free and open to the public. Parking is free on campus after 5 PM. Williams is the author of four novels, including The Quick and the Dead (2000), which was a finalist for the Pulitzer Prize. Widely anthologized in the Best American series, she has been awarded a Guggenheim fellowship, a grant from the National Endowment of the Arts, and the Harold and Mildred Strauss Living Award from the American Academy of Arts and Letters. She has also won a National Magazine Award and a Rea Award. A Massachusetts native and daughter of a minister, Williams earned an MFA from the University of Iowa, but “decided she needed to live someplace more mysterious and exotic so she moved to a trailer park in northern Florida surrounded by swamps and alligators and snakes.” The result was her first novel, State of Grace (1973), which was a finalist for the National Book Award. William’s second novel, Changeling (1978) will be reissued next year by Vintage. She has also authored three collections of short stories, Taking Care (1982), Escapes (1990) and Honored Guest (2004), as well an illustrated history and guide to the Florida Keys. Her book of essays Ill Nature: Rants and Reflections on Humanity and Other Animals (2001) was a finalist for the National Book Critics Circle Award for Criticism. Her most recent book, Honored Guest, “contains among the best American short stories of the past two decades” (The Atlantic Monthly). They are “so vibrant and alive they have heartbeats, the prose so electric and dazzling it makes the pulse race” (Vanity Fair). “If Joy Williams’s publisher made cigarettes rather than story collections,” writes The Philadelphia Inquirer, “it would be required to slap a consumer warning on her latest collection…Williams is so good she merely has to wave her characters’ melancholia under our noses and we crave more.”

The MFA Program is Wyoming’s graduate creative writing program, mentoring a new generation of writers and bringing to the state a wealth of literary talent from the region, the nation and the world. Each semester, the MFA Visiting Writers Series brings a number of
distinguished authors to Wyoming. Past guests include Terry Tempest Williams, David Quammen, Francine Prose, Pico Iyer, Alexandra Fuller and U.S. Poet Laureate Ted Kooser.