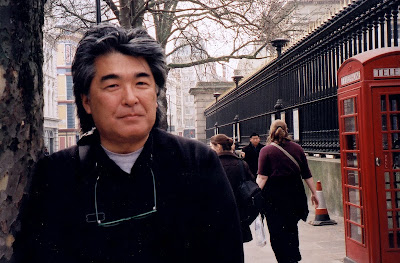 The Heart Mountain Internment Camp between Cody and Powell will be the among the first of these World War II sites to have its own interpretive center. Construction on the exterior is nearing completion. Work during the next year will focus on the interior.

The Heart Mountain Foundation has received a series of grants ever since the camps were designated National Historic Sites by the National Park Service. Wyoming Writers, Inc., will conduct a session about Heart Mountain as part of its annual conference June 4-6 in Cody. It will feature Laramie native Lee Ann Roripaugh, author of the award-winning book of poetry “Beyond Heart Mountain;” her father, Bob Roripaugh, poet, novelist and Wyoming Poet Laureate Emeritus; and his wife Yoshiko, a native of Japan. The presentation will be held 7-8 p.m. on Friday, June 4, at the Cody Holiday Inn. This session is free and open to the public (find info on conference registration at WWInc web site).

An award-winning filmmaker with a personal connection to Heart Mountain is creating a short film to be shown at a new museum that will open next year at the site of the historic internment camp.

Steven Okazaki (shown in photo), 58, whose father was among the 11,000 internees at Heart Mountain, won an Academy Award for his 1990 documentary, “Days of Waiting.”

The film tells the story of Estelle Ishigo, a Caucasian woman who voluntarily joined her Japanese-American husband, Arthur Ishigo, in a detention camp in California and, later, at Heart Mountain. Ishigo, an artist, documented camp life in drawings and photographs, many of which Okazaki used in “Days of Waiting.”

“We’re very excited about his creativity and ability to take this subject, which is quite complex, and bring it to life for visitors,” said Dave Reetz, executive director of the Heart Mountain Wyoming Foundation.

The nonprofit group has raised $3.5 million toward a goal of $5.3 million for an 11,000-square-foot interpretive learning center under construction at the site of the former camp.

Heart Mountain was one of 10 camps across the country where 110,000 Japanese-Americans were held during World War II. It will be the second site with a museum. The National Park Service manages an interpretive site at Manzanar, on the eastern side of California’s Sierra Nevada Mountains.

Born in Los Angeles, Okazaki now lives in San Francisco. He won an Emmy award in 2008 for “White Light/Black Rain: The Destruction of Hiroshima and Nagasaki.” He also has earned Oscar nominations for three other films, including “Unfinished Business.” That documentary tells the stories of three men seeking to overturn their convictions 40 years after they refused a government order to enter internment camps like Heart Mountain.

Okazaki’s new film will be about 10 minutes long, and will introduce visitors to the broad range of social issues and historical background covered at the Heart Mountain center, Reetz said.

Reetz and other foundation members have been working with Okazaki to develop key points to be covered in the film, and to integrate it with exhibits being designed by Split Rock Studios. The Minnesota-based firm has developed installations for the Ronald Reagan Presidential Library in Los Angeles, the Rocky Mountain Elk Foundation Visitor Center in Missoula and more than 100 other sites.