The Wyoming Arts Council is accepting applications for its 2010 performing arts fellowships in theatre direction, dance choreography and design for the stage.

Postmark deadline is Feb. 5, 2010. The WAC welcomes applications from Wyoming residents 18 or older who are not full-time students pursuing high school, college or university art-related degrees.

The WAC will award up to three fellowships of $3,000 each to honor the most exciting, creative work by Wyoming directors, choreographers and stage designers. Jurors for the competition are theatre director Eric Hayashi from Walnut Creek, Calif., and dancer and choreographer Lisa Wymore, dance professor at University of California, Berkeley.

The agency’s fellowships are on a four-year rotation schedule among music composition; theatre and dance performance; music performance; and theatre direction, dance choreography and design for the stage.

Fellowship applications have been mailed to those on the WAC performing arts mailing lists. If you need an application or more info about the fellowships, contact Michael Shay at the WAC in Cheyenne at 307-777-5234 or mshay@state.wy.us.

Here are bios for the fellowship jurors: 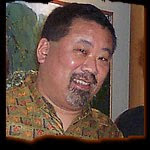 Eric Hayashi was a founding member of the Asian American Theater Company in San Francisco and served as its first executive director. During his tenure, the AATC presented more than 30 theatrical runs annually – including performances by Culture Clash, Chicano Secret Service, Thick Description and David Cohen, among many others. During that time, Hayashi also produced the national and European tours of Lane Nishikawa’s critically-acclaimed one-man shows and helped adapt “I’m on a Mission From Buddha” for airing on PBS in 1991. He directed the theatrical version of that show. In 1993, he joined the national staff of the National Endowment for the Arts in Washington, D.C. as the assistant director of the Theater Program. Two years later, Hayashi was made the executive director of the Kansas Arts Commission. He also was a board member of the Kansas Film Commission. From there, he became the Interim Director of the Institute for Teledramatic Arts & Technology at California State University, Monterey Bay. In 1999, Hayashi relocated to Los Angeles to serve as the executive director and chief executive officer of the Japanese American Cultural & Community Center and its 880-seat Japan America Theater. In 2000, Hayashi served as the line producer on Nishikawa’s second film, “Forgotten Valor,” which won the award for Best Short Feature at the Hawaiian International Film Festival a year later. He was one of the producers of the 2008 film “Only the Brave” about the 100th/442nd Regimental Combat Team, a World War II unit made up of Nisei volunteers, many from the internment camps throughout the West. Most recently, he was the Arts Division Manager for the City of Walnut Creek’s Arts, Recreation & Community Services Department. Hayashi holds a B.A. in Film/Creative Arts from San Francisco State University. He is currently a member of the executive committee of the Board of Directors for the Western States Arts Federation, a funding and service organization covering the 12 western states. 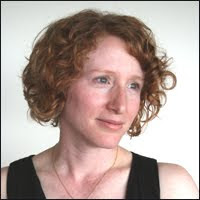 After graduating with an M.F.A. in Dance from the University of Illinois in 1998, Lisa Wymore moved to Chicago and began her career as dancer, choreographer, and teacher. She was a faculty member within the Northwestern University Dance Program from 2000 to 2004, where she was the faculty advisor for the Northwestern University Dance Ensemble, the touring and outreach company of the dance program, and twice was the co-artistic director of Danceworks, the annual Northwestern University faculty choreographed concert. For her choreography, Lisa has been twice awarded an Illinois Arts Council Fellowships, and has been awarded several Community Arts Assistant Program Grants from the Chicago Department of Cultural Affairs. In January 2004, she was invited to travel to Vietnam to work on a project entitled Artistic Voices Across Cultures in Collaboration. Wymore is the co-artistic director of Smith/Wymore Disappearing Acts; a dance-theater-performance group based in San Francisco. The company’s work has been presented by numerous national and international festivals including: the Chicago Museum of Contemporary Art Summer Solstice Celebration; Dance Chicago; the Dublin Fringe Festival, in Dublin, Ireland; the Earagail Arts Festival in Donegal, Ireland; and the [Kon.[Text]] Symposium in Zurich, Switzerland. Her current project is entitled The Resonance Project. It involves a team of choreographers, computer engineers, and visual and sound artists who are investigating 3-D presence/co-presence and corporeal and code interactivity within live and media based performance. A recent project, Parking Space, was a site-specific community based dance performance which took place in a local parking lot in the city of Los Banos, California in June 2007. Wymore is an assistant professor in the dance program at University of California-Berkeley.