Glamorous or demonic: Aug. 4 BBHC lecture focuses on firearms in the arts 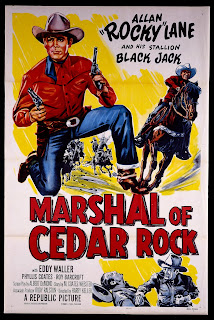 From a BBHC press release:
“In both westerns and western (classical) theatre, firearms have been used in various, powerful ways,” says Ashley Lynn Hlebinsky. “While many die in westerns from gunfire, audiences respond to those deaths with excitement. Yet, when a trigger is pulled on stage, the audience’s emotional response is different, marked by reflection and silence.”
On Thursday, August 4, 2 p.m. at the Buffalo Bill Historical Center’s Coe Auditorium, Hlebinsky shares her work related to Westerns and Western (Classical) Theatre: The Glamorization and Demonization of Firearms in the Arts. Her talk is free with admission.
Hlebinsky’s investigation focuses on the dissonance between the effects firearms have on theatre audiences versus those watching western film. “Through my research, I hope to understand the reasons why audiences, depending on the situation and the medium, can be swayed to feel a certain way about a controversial object like a firearm,” she explains. “My initial findings show that firearms are perpetuated as symbols of tragedy in classical theatre. Western films, however, have broken that negative mold for firearms—often symbolizing American folk heroism. I believe the nostalgia of the western frontier has allowed for the glamorization of firearms.”
As both an intern with Warren Newman, the Center’s firearms curator, and a research associate in the Center’s collections, Hlebinsky has been studying the Hollywood gun exhibit and visitors’ reactions to it, as well as working in the McCracken Research Library to gather information about the firearms facet of Buffalo Bill’s Wild West.
“If you’ve ever sat in a theatre and felt moved by death at the hand of a gun, or if you’ve watched a western and felt the thrill of the battle, then my research applies to you,” Hlebinsky adds. “My research on these guns, objects that are both hated and beloved by audiences, will seek to explain how an inanimate object holds so much power at the hands of a theatre or film director.”
Hlebinsky is currently an assistant to the firearms curator at the Smithsonian’s National Museum of American History and is working toward a master’s `degree in history and museum studies from the University of Delaware. She hopes to pursue a career as a museum professional and research antique firearms.
Learn more about the Center’s firearm collection at http://www.bbhc.org/explore/firearms/.
Committed to connecting people with the Spirit of the American West, the Buffalo Bill Historical Center weaves the varied threads of the western experience—history and myth, art and Native culture, firearms technology and the nature of Yellowstone—into the rich panorama that is the American West. The Center, an Affiliate of the Smithsonian Institution, is now operating its summer schedule, open daily, 8 a.m. – 6 p.m. For general information, visit www.bbhc.org, or call 307.587.4771.
Photo caption: Ashley Hlebinsky researches the representation of firearms in theatre and western film, such as Marshall of Cedar Rock, 1952.
Sort By Category By Month By Year
Cancel