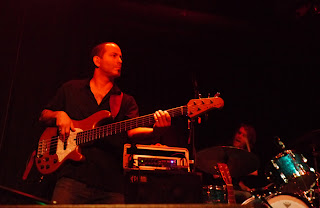 Described as “gritty alternative-folk at its finest,” Grub Street Writer is led by Brooklyn public defender and songwriter Andy Palmer. Many of Grub Street’s songs, based on Palmer’s experiences working in the trenches of Brooklyn’s underbelly, feature the darker side of the human spirit. However, there is always a sense of hopefulness that aids the music’s emotional response.

“His (Palmer’s) concentrated growl is a constant across a variety of structures and themes, tying epic songs to more traditional lovelorn cues,” says A.H. Goldstein of Westword.com.

Grub Street Writer has performed at such major festivals as South by Southwest and Denver’s Westword music festival. The band recently was nominated as Denver’s best “roots rock” band.