Here’s a little Christmas poem to warm your heart 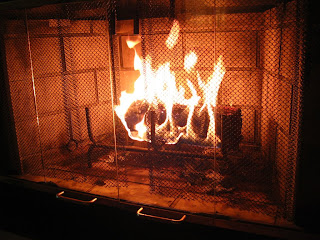 American Life in Poetry: Column 195 by Ted Kooser, U.S. Poet Laureate 2004-2006. “Here is a poem, much like a prayer, in which the Michigan poet Conrad Hilberry asks for no more than a little flare of light, an affirmation, at the end of a long, cold Christmas day.”
Christmas Night by Conrad Hillberry
Let midnight gather up the wind
and the cry of tires on bitter snow.
Let midnight call the cold dogs home,
sleet in their fur–last one can blow
the streetlights out. If children sleep
after the day’s unfoldings, the wheel
of gifts and griefs, may their breathing
ease the strange hollowness we feel.
Let midnight draw whoever’s left
to the grate where a burnt-out log unrolls
low mutterings of smoke until
a small fire wakes in its crib of coals.
American Life in Poetry is made possible by The Poetry Foundation (http://www.poetryfoundation.org/), publisher of Poetry magazine. It is also supported by the Department of English at the University of Nebraska-Lincoln. Poem copyright (c) 2008 by Conrad Hilberry, whose most recent book of poetry is After-Music, Wayne State University Press, 2008. Poem reprinted from The Hudson Review, Vol. 60, no. 4, Winter 2008, by permission of Conrad Hilberry. Introduction copyright (c) 2008 by The Poetry Foundation. The introduction’s author, Ted Kooser, served as United States Poet Laureate Consultant in Poetry to the Library of Congress from 2004-2006. We do not accept unsolicited manuscripts.
Sort By Category By Month By Year
Cancel