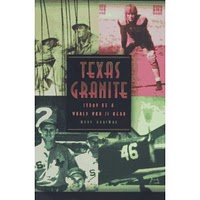 Writer Mary Hartman passed away June 24 in . She was the author of “Texas Granite: Story of a World War II Hero,” part-memoir and part-history about World War II Medal of Honor recipient Jack Lummus, and co-author (with historian Elmo Ingenthron) of “Bald Knobbers: Vigilantes on the Ozarks Frontier.”
Mary grew up in , spent the World War II years in , and later worked as a newspaper reporter. After moving to in the early 1990s, she co-founded Southeast Wyoming Writers and was a member of the Cheyenne Area Writers Group. She was the program chair for SEWW and brought a number of well-known poets and writers to for presentations and workshops. She was on a “memoir writing” panel at the Wyoming Book Festival in October 2001 in .
Mary was producer for a World War II oral history video sponsored by the Cheyenne Family YMCA’s Writer’s Voice Project. This video is now part of the U.S. Library of Congress’s World War II oral history collection.
Sort By Category By Month By Year
Cancel