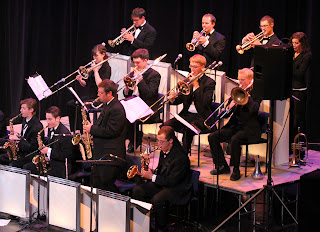 The Wyoming Jazz Ensemble, the University of Wyoming’s premiere jazz group, will present a public concert during the Festival of Winds at 7:30 p.m. Thursday, Feb. 17, in the UW Arts and Sciences auditorium.

Tickets cost $7 for general admission and $5 for senior citizens and students. For tickets and information call (307)766-6666 or go online at www.uwyo.edu/finearts .

Directed by Scott Turpen, the Wyoming Jazz Ensemble regularly earns the highest ratings at national jazz festivals, and much acclaim for accompanying some of the biggest names in jazz music.

The concert will feature Downbeat Award-winning trombonist Steve Turre. One of the world’s preeminent jazz innovators, Turre has consistently won both the readers’ and critics’ polls in “JazzTimes,” “Downbeat,” and “Jazziz” for Best Trombone and for Best Miscellaneous Instrumentalist (shells).

Turre also has been a member of NBC’s Saturday Night Live Band since 1984.

Following the performance on campus, the Wyoming Jazz Ensemble will fly to New York City for two performances with Turre at the famous jazz club, Smoke, Monday, Feb. 21.

“This is a great opportunity for UW students to perform in a huge venue with an artist of Turre’s caliber,” Turpen says.

Photo: The Wyoming Jazz Ensemble will present a public concert during the Festival of Winds at 7:30 p.m. Thursday, Feb. 17, in the University of Wyoming Arts and Sciences auditorium.