The Wyoming Arts Council invites you to apply for its 2011 Visual Arts Fellowships, juried by Nancy Bowen, Mark Klett and Joshua Wiener.

This year, the WAC will award up to three fellowships of $3,000 each to honor the work of visual artists that reflects serious and exceptional aesthetic investigation. Painters, sculptors, printmakers, potters, media artists, craftspeople, video, film and others are invited to apply by submitting digital images of their work.

Applications will be up on the web site next week, and paper apps will be mailed to everyone on the agency’s visual arts list. Postmark deadline is May 13, 2011.

SAVE THE DATE: On Saturday, May 21, the WAC fellowship judges will each conduct a 90-minute professional development workshop at Works of Wyoming in the Laramie Civic Center. Two workshop sessions will be held in the morning and one in the afternoon. To wrap up the presentations, WAC staffers will preview the agency’s new Online Artist Image Registry. Fellowship winners also will be announced. These sessions are free but registration is required. Call Mike Shay at 307-777-5234.

NANCY BOWEN is a mixed media artist who lives and works in .  Her work combines an eclectic mix of imagery and materials to create an uneasy fusion of information and experience. Her sculptural pieces generally incorporate cast and blown glass elements into clay, steel and mixed media constructions. She has  had solo exhibitions throughout the and Europe including the Lesley Heller Gallery, Annina Nosei Gallery in NYC, Galerie Farideh Cadot in , the Betsy Rosenfield gallery in , and the in among others. Her work has been reviewed  widely in such journals as Art in , Artforum, Glass Magazine, Sculpture Magazine and a host of newspapers. She has won awards from the National Endowment for the Arts, the New York Foundation for the Arts and the . She received a BFA from the School of the Art Institute of Chicago and an MFA from Hunter College (CUNY). She is currently an Associate Professor of Sculpture at , State University of New York. See and read about her current exhibition at https://www.purchase.edu/Departments/AcademicPrograms/Arts/artdesign/richardanddollymaassgallery.aspx 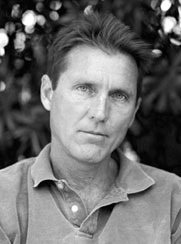 MARK KLETT photographs the intersection of cultures, landscapes and time. His background includes working as a geologist before turning to photography. Klett has received fellowships from the Guggenheim Foundation, the National Endowment for the Arts, the Buhl Foundation, and the Japan/U.S. Friendship Commission. His work has been exhibited and published both nationally and internationally for over 30 years, including a 2000 show at the University of Wyoming Art Museum entitled “Witness to an Occupied Land.” His work is held in over 80 museum collections worldwide. He is the author of thirteen books including Saguaros (Radius Press and DAP, 2007), After the Ruins (University of California Press, 2006), Yosemite in Time (Trinity University Press, 2005), and Third Views, Second Sights (Museum of New Mexico Press, 2004). Mark Klett is Regents’ Professor of Art at Arizona State University in Tempe, Arizona. FMI: www.artnet.com/artist/9580/mark-klett.html

JOSHUA WIENER is a stone sculptor who has created large-scale public art for Castle Rock, Broomfield, Wheat Ridge, Denver, and Longmont in Colorado. He is an instructor at the Art Students League in Denver and has taught workshops at the Denver Art Museum and The Colorado Academy. He also received a residency at PlatteForum in Denver as part of his 2006 Mayor’s Award for Excellence in the Arts. In 2004, Joshua was invited to Bangalore, India to be a part of a stone sculpting symposium. For two weeks, he and over forty other carvers from around the world carved stone. The sculptures were exhibited in Bangalore and are now in the permanent collection at the Valley School in India. The Marble Institute of Colorado was the springboard to his sculpting career. He also apprenticed twice with Uchida in Japan and has worked with Uchida on monumental pieces for museums and also public and private collections. Through an intense exploration of stone and landscape, Joshua current body of work is about creating places. “I typically use stone as my medium because it requires clarity of vision and accuracy of hand, and the fact that it will be here in 500 years is also exciting.” FMI: http://www.joshuawiener.com.