Judges have been announced for the Wyoming Arts Council visual arts fellowships: 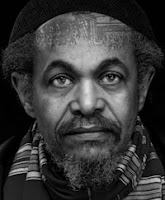 NAPOLEON JONES-HENDERSON describes himself as an “Artist, Educator, Activist, and Citizen of the Universe.” He works with a variety of materials to create large sculptures that reflect the African-American experience. He attended the Sorbonne in , received a Bachelor of Fine Arts degree from the Art Institute of Chicago and completed his graduate studies at . He is a founding member of Africobra, one of the most important visual arts collectives to come out of the Chicago Black Arts Movement. He is founder of the Napoleon Jones-Henderson Research Institute of African and African Diaspora Arts in He has received the Mayor of Boston Award of Recognition for Outdoor Sculpture Exhibit, the Massachusetts State Senate Citation for Cultural Excellence, and an Award of Excellence from the National Conference of Artists. He has taught in the art departments of several American institutions, including in , College of Art, in and in “My work in its essence is spiritual; meaning-full,” Jones-Henderson says. “We must be about the business of expressing what is beautiful — ourselves.”

LEANNE GOEBEL is a Colorado-based arts writer. “Writing about visual art is my passion,” Goebel says. “My goal is to reflect the myriad ways creativity is expressed and to convey the soul of the artist in a way that is accessible to the reader, yet challenges them. Writing about art completes the artistic process by providing an intelligent viewer reaction. I strive to write informed observation and make judgments that are more than just opinion.” She is an award-winning arts journalist and was selected as one of twelve U.S. Journalists to participate in the 2009 National Endowment for the Arts International Arts Journalism Institute in the Visual Arts. She is a 2007 Creative Capital/Andy Warhol Foundation Arts Writers Grant recipient, a member of the International Art Critics Association (AICA/USA), the National Arts Journalism Program, and the Society of Professional Journalists. Goebel has a B.A. Degree in English Literature/Creative Writing/Art from the  of , . She has been a writer and editor for more than 25 years. She blogs at http://leannegoebel.com and http://adobeairstream.com

KAREN ROGERS has been a resident of for twenty-three years. A former gallery owner representing the Wyeth and Hurd family of artists for fifteen years, she has also held positions in prestigious art galleries including Gerald Peters Gallery, Allan Houser Inc., Chiaroscuro Contemporary Art, and Zane Bennett Contemporary Art. Ms. Rogers founded Karen Rogers Visual Artist Advisory in 2010. Visual Artist Advisory results from over two decades of Ms. Rogers work in the contemporary art market. Offering administrative support and career development services for artists, the mission of VAA is to cultivate and promote the careers of visual artists in the greater art world. Services range from funding research to placement in residency programs, corporate collections, museums and commercial venues. provides expertise, contacts, and excellence she has gained as a professional in the arts.

Applications will be mailed on Monday, Jan. 9, to the WAC visual arts mailing lists. The application will also be posted on the WAC web site and on the blog (see sidebar).