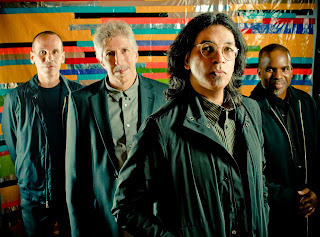 From a Casper College press release:

Tickets are now on sale for the Casper College Kinser Jazz Festival concert featuring the jazz-instrumental group Yellowjackets on Tuesday, Feb. 8 at 7:30 p.m.

“Yellowjackets is known for the group’s blending of jazz and funk, and are considered to be among the premier working jazz bands. We are thrilled to have the group as the headline act for this concert,* said
Jerome Fleg, jazz festival director.

Opening for Yellowjackets will be the Wyoming All-State Jazz Band, under the direction of Erik Applegate, jazz bassist and composer.

The Kinser Jazz Festival, now in its 44th year, provides a setting for high school and junior high/middle school band and choir ensembles to perform in a noncompetitive setting over a two-day period, according to Fleg.

Tickets for the Tuesday night concert featuring Yellowjackets are $15 each and may be purchased by calling the Casper College Music Department at 307-268-2606.