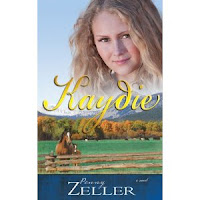 Author Penny Zeller will be at Sheridan Stationery this Saturday, April 2, from 1-3 p.m., signing copies of her newest release Kaydie, which was just released last week. Kaydie follows McKenzie in the author’s Montana Skies Historical Romance Series. Below is a short blurb about Kaydie:

Since the death of her abusive husband, Kaydie Kraemer’s life has been easier, but she’s wary of men and builds a wall of protection around her, staying with her sister McKenzie as she awaits the birth of her baby. Haunted by her painful marriage, Kaydie is determined never to fall in love again, and it will take the grace of God to change her mind—the same grace that works in the heart of ranch hand Jonah Dickenson, a confirmed bachelor who has unhealed wounds of his own to overcome.

Here is the link to the book trailer: http://youtu.be/Vwihs6rsqDk