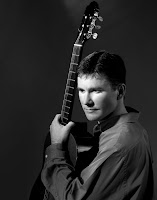 Classical guitarist Peter Fletcher is coming to the Laramie County Public Library in Cheyenne. Free and open to the public, this award-winning performer’s concert takes place at 7 p.m. on Monday, Nov. 3, in the library’s Cottonwood Room.


This concert will feature selections from his most recent CD, “Music of the Baroque,” and will culminate with two of the most exciting and powerful works in the classical guitar repertoire: the ever popular “Sevilla” and “Leyenda” by Spanish composer Isaac Albéniz.
Fletcher started studying guitar at age 9, and gave his formal debut concert at age 15. He further studied in master classes with such highly regarded guitarists as Jose Tomas, Pepe Romero and Christopher Parkening. Fletcher’s performances have been broadcast on National Public Radio, and he is also a prize winner in the prestigious Wurlitzer Competition.
His lifelong passion for classical acoustic music and amazing talent has placed him in concert halls across the country including performances at Carnegie Hall, where he has been invited to return for a third engagement in 2009.
Seating is limited for this event, which is open to adults and teens.
The Laramie County Library is located at 2200 Pioneer Ave. in Cheyenne. For more information, call 634-3561 or visit our Calendar of Events.
Sort By Category By Month By Year
Cancel