The Wyoming Arts Council is pleased to announce that Susan J. Tweit will serve as the judge for the 2012 Neltje Blanchan and Frank Nelson Doubleday memorial writing awards.
These awards are designed to bring attention to writers in Wyoming who have not yet received wide recognition for their work, and to support emerging writers at crucial times in their careers. Poets, fiction writers, essayists, and script writers who have published no more than one book in each genre and who are not students or faculty members are invited to apply by submitting manuscripts and an entry form by the Oct. 31, 2011, deadline.
The Neltje Blanchan Award, $1,000, is given for the best poetry, fiction, creative nonfiction, or script which is informed by a relationship with the natural world.
The Frank Nelson Doubleday Award, $1,000, is given for the best poetry, fiction, creative nonfiction, or script written by a woman author.
POSTMARK DEADLINE IS OCTOBER 31, 2011
Printable applications will be available on the WAC web site by Aug. 26. Applications will be sent next week to those on the WAC literary mailing list.
FMI: Michael Shay, 307-777-5234 or mike.shay@wyo.gov
Blanchan/Doubleday judge Susan J. Tweit
Susan J. Tweit was trained as a field ecologist. But over the years, while she mapped grizzly bear habitat, wildfire patterns and sagebrush communities, she had a revelation: “I loved telling the stories behind the data more than collecting the data.” 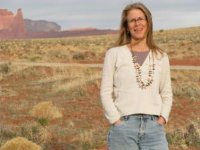 Susan is the author of twelve books that explore the interrelationships that form what Aldo Leopold called the “community of the land.” Barry Lopez had this to say about Susan’s 2009 book, Walking Nature Home: A life’s Journey: “It’s a lovely, brave, inspiring book…. Sometimes I think the highest praise you can give a book is to say that it helped. This book does that.”
Her work has appeared in magazines and newspapers from Audubon and Popular Mechanics to High Country News and the Los Angeles Times — and has been heard on the Martha Stewart Living Radio Network.
Susan has taught workshops at colleges, universities, and writing festivals from University of California-Riverside and Miami University of Ohio to Wofford College in South Carolina, as well as at home and online. Audiences as diverse as the International Xeriscape Conference, Collegiate Peaks Forum, Monte Vista Crane Festival, and the Walking Words Writing Festival have called her talks “inspiring” and “insightful.” She coaches individual writers, reviews manuscripts for university presses, and contributes to “The Perch” blog of Audubon magazine and Story Circle Network’s “Her Stories.” Her own blog is at http://susanjtweit.typepad.com/walkingnaturehome. 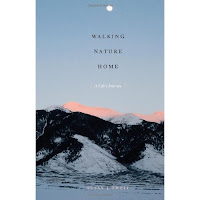 She belongs to an informal network of writers and artists who speak for the land, and to Story Circle Network, Women Writing the West and Colorado Author’s League.
She is a passionate gardener who grows her own vegetables, fruits and herbs, and also enjoys the challenge of native plant restoration and “wildscape” design. She lives with her husband, sculptor Richard Cabe, in a house heated and powered by the sun, on a reclaimed industrial parcel in a high-desert valley tucked in the shadow of the tallest stretch of the Rocky Mountains in .
Sort By Category By Month By Year
Cancel