The Clumsy Lovers return to OysterGrass 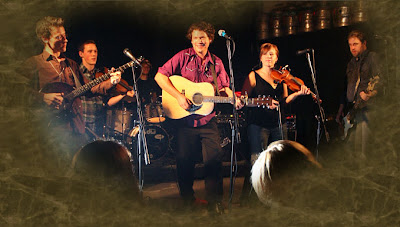 The Clumsy Lovers from Canada are the headliners for Saturday, July 26, 10 p.m., at the Oyster Ridge Music Festival at Triangle Park in Kemmerer. The free festival is July 25-27.

The Clumsy Lovers are the hottest band coming out of Canada today. Their “Raging bluegrass Celtic rock,” style has inspired other neighbors to the north such as The Duhks. Often imitated but never surpassed, Clumsy has released their seventh album “Smart Kid”.

The band has spent much of the last ten years on the road with more than 1,500 live shows to its credit.

The Clumsy Lovers have been a festival favorite since the beginning, having graced our stage on five previous occasions. We feel like the whole OysterGrass experience is somehow embodied in these talented and deep spirits. Don’t miss their triumphant return for an unprecedented sixth appearance on Sat. July 26.