"The Laramie Project: 10 Years Later, An Epilogue" at Center Theatre in Jackson w/update on Laramie presentation 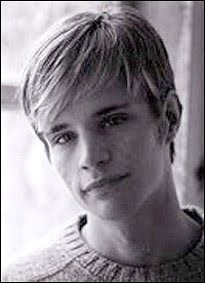 From the Jackson Hole Center for the Arts web site:

Dancers’ Workshop and Off Square Theatre Company partake in an historic event, joining hundreds of groups in all 50 states and other nations in presenting “The Laramie Project: 10 Years Later, An Epilogue” to raise awareness for the need to accept diversity and combat hate-related crimes.
Bob Berky directs a staged reading of this update of the Matthew Shepard murder at the Center for the Arts Center Theatre, 265 S. Cache, Jackson, at 7 p.m. on Monday, Oct. 12. The event is free and open to the public.
Interested thespians, activists, community members, and those who just want to be involved are invited to be readers of “The Laramie Project – 10 Years Later.” No prior acting experience needed, and the memorization of lines will not be necessary, as the script will be present on stage. There will be two rehearsals prior to the performance.
In 1998, Matthew Shepard, an openly gay student, was beaten and murdered on a fencepost in Laramie by two men who lured him from a bar earlier that evening. A month later, Moises Kaufman and other writers for the Tectonic Theater Project came to Laramie to interview residents and those connected to the incident. Those interviews became a play that was performed in thousands of theaters and was made into an HBO movie.
Ten years later (June 2008), Tectonic Theater Project returned to Laramie to explore the impact that Matthew Shepard’s death has had on the community, and to interview the same residents, including Aaron McKinney, one of Shepard’s murderers, who is serving a life sentence for the crime. These interviews have been created as an epilogue to the original play. The 80-minute play will be performed globally on Oct. 12.
For more details or to sign up to read, contact Bob Berky at bberky@wyoming.com or Alissa Davies at 733-6398.
Director Moises Kaufman said this in a recent New York Times article:

In holding multiple premieres of the play on the same night, Mr. Kaufman said he was taking a page from the Federal Theater Project, the New Deal program that often opened plays in a multitude of cities on the same night.

“We’re also taking advantage of contemporary technology so that at the New York performance we’ll be connected to the other productions across the nation via the Internet,” Mr. Kaufman said. “We’re giving each production a video recorder so that they can document the event, and we’ll be answering questions live from across the country,” after the performances on Oct. 12.

For a full list of performance venues for “The Laramie Project — 10 Years Later,” go to http://www.laramieproject.org/reading.php. As of today, the Jackson event is the only one scheduled for Wyoming.