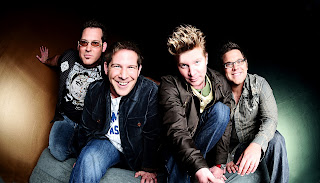 
One of the nation’s most popular a cappella ensembles, Tonic Sol-fa, will perform at 7:30 p.m. Friday, March 4, in the University of Wyoming College of Arts and Sciences auditorium.

The first 300 full-time UW students will be admitted free, IDs must be submitted in advance at the Wyoming Union information desk or Fine Arts Center box office. Tickets cost $25 general admission and $21 for senior citizens and students not among the first 300.
Creating a sound the New York Times described as “a vocal kaleidoscope … unique to the human voice,” Tonic Sol-fa has appeared on NBC’s “Today Show,” on Jay Leno’s “Tonight Show,” on Garrison Keillor’s “Prairie Home Companion,” and in two national TV specials of its own. The ensemble was also the subject of a multipage spread in Newsweek.
Tonic Sol-fa now plays about 150 dates annually, and has sold more than 1 million albums.
“We’re pleased to present a group that already has a large following among a cappella aficionados,” says Cedric Reverand, director of UW Cultural Programs that sponsors the concert with Friday Night Fever.
Photo: Tonic Sol-fa performs Friday, March 4, at the University of Wyoming (Cultural Programs)
Sort By Category By Month By Year
Cancel