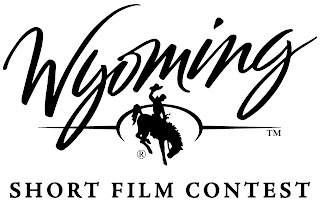 From a  press release:
For the fifth year running, the Wyoming Film Office is seeking submissions for the Wyoming Short Film Contest. Film makers can submit their videos online at www.wyomingshortfilmcontest.com by April 4, 2012.  A $25,000 first prize will be awarded to the winning entry with a storyline that takes place in Wyoming, features Wyoming, or presents the state as a major character.
Colin Stricklin, Film Office Specialist explains the process, “There are three stages to the contest that allows for more public involvement and engagement. The submission round, the public voting round, and the judges’ panel round. After the submission round ends, all entries will go on to public voting. The ten short films with the most votes become finalists. Our judges’ panel will review these finalists and select the ultimate winner.”
The judging panel is made up of film production, visual arts and industry representatives and they will judge the entries based on certain criteria including cinematography, screenplay, acting, sound design, editing and overall production value.
The Grand Prize Winner will be announced May 10, 2012. For more information visit www.filmwyoming.com
Sort By Category By Month By Year
Cancel