Getting back to the Basix at UW Nov. 6 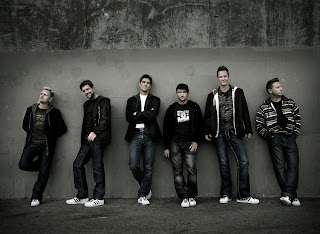 The University of Wyoming fall Cultural Programs’ concert series continues with Basix, an a cappella ensemble, at 7:30 p.m. Saturday, Nov. 6, in the Fine Arts concert hall.

Since then, Basix has won the CARA award three more times, and has now been touring internationally, with its own blend of pop, jazz, r&b, soul and rock and roll.

Photo: The a cappella group, Basix, will perform at the University of Wyoming Saturday, Nov. 6 at 7:30 p.m. in the Fine Arts concert hall.