UW’s Eminent Writers in Residence for the 09-10 academic year will be Philip Gourevitch for nonfiction, and Edward P. Jones for fiction. The Eminent Writer for poetry will be announced soon.

Gourevitch is editor of The Paris Review, and has been a long time staff reporter for The New Yorker. His most recent work is Standard Operating Procedure, a 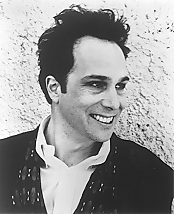 book about Abu Grahib prison, written in collaboration with filmmaker Errol Morris. Gourevitch has written on many subjects. He became widely known for We Wish to Inform You That Tomorrow We Will be Killed With Our Families: Stories From Rwanda, a riveting accounting of the 1994 genocide. The book is Gourevitch’s story as he attempts to make sense of what happened, as well as the stories of the people he interviews. From a Publisher’s Weekly review, Gourevitch says about the project, “The best reason I have come up with for looking more closely into Rwanda’s stories is that ignoring them makes me even more uncomfortable about existence and my place in it.”

Edward P. Jones has won the Pulitzer Prize for Fiction. He was born and

grew up in Washington, D.C. His first book, Lost in the City, a collection of short stories on the African American working class of the 20th Century in Washington, D.C., won both the Pen/Hemingway Award and the Lannan Foundation Grant. His second book, The Known World, is set during the Civil War and examines the issue of ownership of black slaves by free black people as well as by whites. It was a National Book Award finalist and won the Pulitzer in 2004 for fiction, and the 2005 International IMPAC Dublin Literary Award. In 2005, Jones was awarded a MacArthur Fellowship. His third book, All Aunt Hagar’s Children, is a collection of short stories about African American characters living in Washington, D.C. Some of the stories had been previously published in The New Yorker.
Both authors will work closely with MFA students in individual manuscript consultations and/or workshops; will visit classes; and will be giving public readings in Laramie and elsewhere around the state. Thanks to Beth Loffreda, director of the MFA Creative Writing program, for the info.
Sort By Category By Month By Year
Cancel