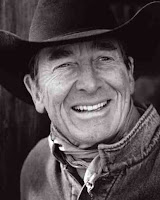 Internationally acclaimed singer-songwriter Ian Tyson is celebrating five decades of performance in 2008 with a full schedule of concerts, a television special, and final preparations for release of a children’s book based on his song “La Primera.”

He will perform at the WYO Theater in Sheridan on Friday and Saturday, feb. 8-9, 7:30 p.m. Tickets are $37 apiece. Call the WYO box office at 307-672-9084.
With shows planned from coast to coast in both Canada and the United States, Tyson continues to keep his loyal fans in awe with songs that range from his classics such as “Four Strong Winds,” “Someday Soon,” and “Navajo Rug” to his newest works which he continues to write with inspired vigor. At age 75, Tyson maintains a performance and work schedule on his Alberta ranch, nestled in the foothills of the Rockies, that would rival men and women who are generations his junior.
FMI: http://www.iantyson.com/pages/home.asp
Sort By Category By Month By Year
Cancel