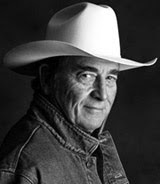 Legendary singer-songwriter Ian Tyson brings his distinctive sound to the University of Wyoming for a concert Friday, Aug. 28.

Tyson’s concert, sponsored by the UW College of Education, begins at 7:30 p.m. in the Fine Arts Center concert hall. Tickets, $35 for adults and $25 for students and senior citizens, are available by calling (307) 766-6666 or by visiting the Fine Arts Center ticket office.

Tyson celebrates five decades of performing during his 2009 tour. With shows planned from coast to coast in both Canada and the United States, he performs his songs that range from his classics — “Four Strong Winds,” “Someday Soon” and “Navajo Rug” — to his newest works.

In addition to his long solo career, Tyson also is known as a member of the popular singing duo, Ian and Sylvia.

Tyson has long been one of Canada’s most respected singer-songwriters. A pioneer who began his career in the early days of the first folk boom in the 1960s, he was one of the first Canadians to break into the American popular music market. In the years that followed he hosted his own television show, recorded some of the top folk albums, quit the music business and became a rodeo rider and successful rancher.

At age 75, Tyson maintains a busy touring performance schedule which he combines with the work on his Alberta ranch, which is nestled in the foothills of the Rocky Mountains south of Calgary.