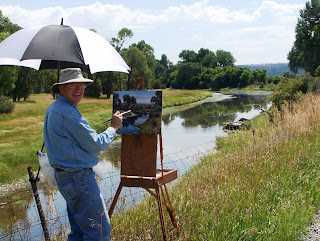 Robert Harper will conduct an oil painting workshop on March 31-April 2 at the Casper Artists’ Guild West Wind Gallery, 1040 W. 15th St., Casper. The cost is $150 for members, $210 for non-members. Registration deadline is Thursday, March 24. Participants must pay more than half of the registration price by March 24.

Robert Harper is a native of Montana and spent a large part of his life in rural Wyoming. In his teen years Bob was inspired by the legendary Conrad Schwering. It was at this time Bob dedicated his life to painting. Bob is now considered one of the foremost landscape artists in the nation.