Sculpture a great addition to entrance at Governor's mansion 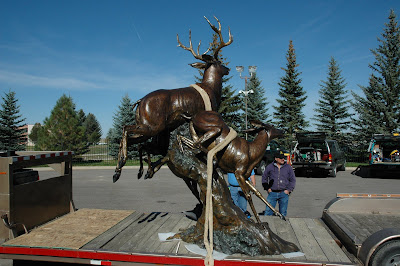 Open Season is delivered to the installation site.
Photo by Richard Collier. 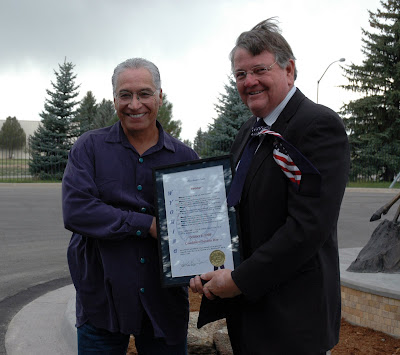 Guadalupe talked about growing up in the Cheyenne area, his odyssey of putting a sculpture of this size together, and how gratified he was to have his work chosen for a place at the Governor’s mansion. “That says it all,” he said.

The bronze is big and beautiful as you can see from the photo. It’s unusual in that it depicts mule deer, a species too often ignored in sculpture. The Governor attested to not only the likeness but in the movement of the deer as they are jumping over some outcropping.
Sort By Category By Month By Year
Cancel