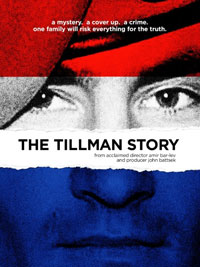 “The Tillman Story” can be seen Thursday, Jan. 13, at 7 p.m. in the University of Wyoming College of Education auditorium in Laramie.
The free film is part of the Student Activities Council monthly film series.
In 2004, Pat Tillman, a defensive back with the Arizona Cardinals, was killed in action while serving in the U.S. Army in Afghanistan.
Filmmaker Amir Bar-Lev examines Tillman’s unusual life and times, the facts about his death, how and why the military created a cover story to hide the truth, and his family’s battle to bring the real story into the open.  The “Tillman Story” had its world premiere at the 2010 Sundance Film Festival.
Sort By Category By Month By Year
Cancel