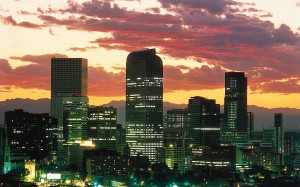 Venues for the preliminary competitions and daytime events will be held central to downtown Denver on March 7-10, 2012. Our day events will include a walking tour of Denver’s beat poet history, writing workshops, haiku competitions, and a series of open mics that will be free and open to the public.  Finals night will be held Sat., March 10, at the Denver Art Museum located at 100 West 14th Avenue Parkway.