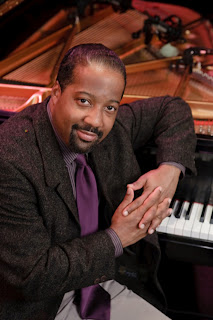 From a UW press release:
The Wyoming Jazz Ensemble, the University of Wyoming’s premiere jazz group, will perform a public concert during the Festival of Winds Thursday, Feb. 16, at 7:30 p.m. in the College of Arts & Sciences auditorium.
Tickets cost $7.50 for adults and $5.50 for students and senior citizens. Tickets are available at http://www.uwyo.edu/finearts/ or by calling (307) 766-6666.
Directed by Associate Professor of Music Scott Turpen, the concert will feature the acclaimed jazz group, the Eric Reed Trio. Following the UW concert, the Wyoming Jazz Ensemble will travel to New York City for another performance with the Eric Reed Trio at the Jazz at Lincoln Center. The performances will take place at “Dizzy’s Club Coca-Cola” Monday, Feb. 20. For more information, go to http://www.jalc.org/
Reed, who has taught at Juilliard School of Music, has performed with such artists as Wynton Marsalis, Quincy Jones and Patti Labelle. Reed, credited with more than 20 recordings, is now in residence with the Ebony Repertory Theatre of Los Angeles. Reed is musical director of Regina Taylor’s Crowns.
“This is a great opportunity for our UW students to perform in a landmark venue with some of the genre’s finest artists,” Turpen says.
This is the second year the ensemble has been invited to perform in the “Big Apple.” Last year, the group performed with trombonist Steve Turre at the jazz club “Smoke.”
Photo: Eric Reed will perform with the Wyoming Jazz Ensemble, Thursday, Feb. 16, at 7:30 p.m. in the Arts & Sciences auditorium.
Sort By Category By Month By Year
Cancel